Come May every year your taste buds will automatically ignite with a burning desire for all the Greek gastronomical goodness your stomachos can handle — that’s right, it is time for the Paniyiri Greek Festival . Australia’s largest cultural festival has been satisfying Souvlaki lovers since 1976. There is no better way to spend a beautiful sunny day with friends and family than to experience exotic cultural traditions through dance, music and food.
It is a celebration never forgotten, filled with a feeling of Filoxenia all around (which translates into the love of foreigners and refers to hospitality). The Greeks are highly hospitable, the love and happiness heartily emanates throughout the crowd – enough to get you in the mood to join in on the world’s biggest Zorba! Ancient Greeks believed that dancing was invented by the gods and believed that the gods offered this gift to select mortals only, who in turn taught dancing to their fellow-men. At the Paniyiri, witness many talented mortals take the main stage displaying famous Greek dances including the Zorba, Sirto, Kalamatiano and Sousta -  embrace the moves and join in on the fun! 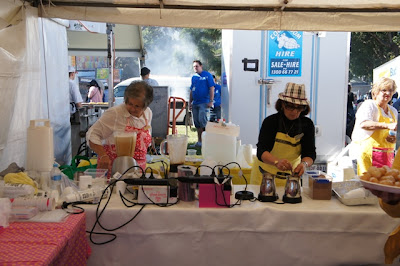 There is plenty for the kids to do; from face painting and the sideshow alley to the animal petting nursery and Shetland pony rides. For the adults: enjoy cooking demonstrations, cultural films, grape stomping, plate smashing, honey puff and olive eating competitions and checking out the variety of stalls.

In Greek culture, food is more than just sustenance; it’s culture, comfort, family and life. A multitude of members in the Greek community, pour their heart and soul into preparing Mediterranean cuisine for all to enjoy over the entire weekend. Just follow the signs to your stomachos’ desire: Baklava, Galaktoboureko, Kourabiedes, Loukoumades, Spanakopita, Moussaka, Haloumi, Souvlaki, Pastitsio, and Keftedes then wash it down with a coffee or an Ouzo from the bar. Funds raised are directed back into the community via the Greek Orthodox Community of St George, Brisbane’s oldest Greek community established in the 1920’s. 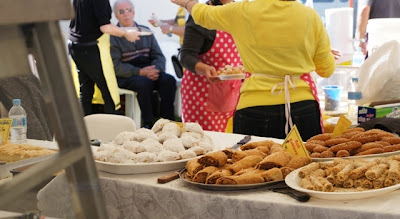 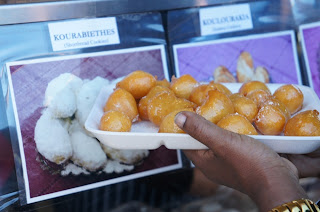 Loukoumades — also affectionately known as Honey puffs — are the nectar of the gods. Since ancient times honey has been used as both a food, and a source of medicinal therapy.  Some of the legendary greats of Greece such as the “Father of Medicine”, Hippocrates, wrote, "Honey and pollen cause warmth, clean sores and ulcers, soften hard ulcers of lips, heal carbuncles and running sores."  Aristotle, philosopher and student of Socrates, believed that honey prolonged life.
That’s a pretty good reason to stop feeling guilty when devouring a plate of golden, sweet, puffy deliciousness!

Haloumi, is springy in texture and the original flavour is salty, mellow and tangy. The perfect accompaniment to your favourite plate of meat carved straight off the jumbo rotisserie. 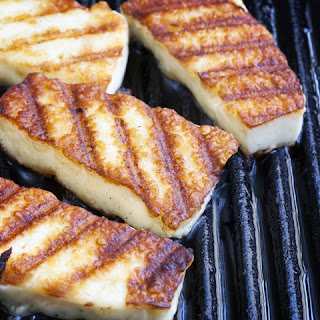 Eat a selection of meats on their own or enjoy with sliced tomatoes and onions, sauced with tzatziki, and wrapped in a lightly grilled pita.

When you have danced and eaten to your heart’s content, wrap up your adventure by watching a spectacular fireworks display.  For those who want to continue the party, head over to the Greek Club and dance the night away.
Did you know?
There are over 30 stalls at the Paniyiri, creating more than 200,000 honey puffs and 500 kg of Haloumi.
Greece is where the art of beekeeping (apiculture) started in early prehistoric times.


The first souvlaki shops in Greece appeared in Livadia in 1951, selling souvlaki on a stick and rotating gyros. 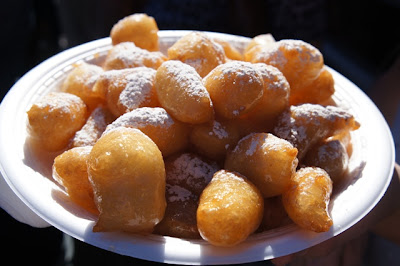